In the 30+ odd years that I have practised as a psychologist, career- and life coach, there is one particular aspect of human behaviour that I found quite mystifying. People does dumb things (myself included), but - rather naivelyphenomenonawesomeidiotic structures, that are - currently hypothesized to be part of some kind of functional system. However, the default mode network is a relatively recent concept and because of this, there are plenty of speculations and - although there are sufficient agreements - there is still no consensus on what the real purpose, place and function of the brain's default mode network are.

The concept of a default mode network was developed, when neuroscientists inadvertently noticed surprising levels of brain activity in experimental participants, who were supposed to be “at rest”. Thus, they were not engaged in any specific mental tasks, but just resting quietly and often with their eyes closed. 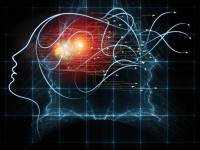 The default mode network is a specific group of brain regions that seem to show lower levels of activity when we are engaged in a particular task, such as paying attention, but higher levels of activity when we are awake and not involved in any particular mental exercise. Thus, the network switches on by default when other tasks and activities are finished.

It is currently speculated that it is during these times that we might be daydreaming, recalling memories, envisioning the future, monitoring the environment, thinking about the intentions of others, and so on, …all things that we frequently do when we find ourselves just “thinking” without any explicit goal of thinking in mind. Additionally to this, recent research has begun to reveal significant links between activity in the default mode network and mental disorders, such as depression, anxiety and schizophrenia. Furthermore, correctives such as meditation - for example - seem to have a positive impact on activities in the default mode network, which suggest that this could be a mechanism for improving emotional and social wellbeing.

The concept of a default mode network is not without much controversy. Some neuroscientists argue that it is difficult to define resting wakefulness as constituting a unique state of activity, as energy consumption during this state is quite similar to energy consumption during other waking states. Others have asserted that it is unclear what the patterns of activity during these resting states undeniably indicate, and - thus - what is the functional importance of the connections between the various brain regions in the default mode network.

Therefore, these cautionary reminders are worth keeping in mind when you come across research on the default mode network, as - especially due to its relationship with meditation - it is becoming a frequently-used term in popular neuroscience descriptions of brain activity. The idea of a default mode network - however - is not universally accepted, even those neuroscientists who endorse the DMN-idea, concede there still is a lot of research left to do to figure out the network's exact functions. Regardless - at the very least - the concept of a default mode network has sparked interest and curiosity in what the brain is doing when it is not involved in a specific task, and this line of research might help us to gain a more comprehensive and better contextual understanding of our brain's role and function in well-being and self-determination.