Purpose, structure and Usage of the A-Z Glossary

I am neither especially clever nor especially gifted. I am only very, very curious. ~ Albert Einstein ~

Enlightenment comes with personal learning, insight and understandings, and it is in stark contrasts with dogmatic beliefsplugin-autotooltip__small plugin-autotooltip_bigIt can be any unsolicited and non-explored belief that is unconditionally adhered to and which can range from religion, stereotypes, culture, rules, prescriptions to scientific hypotheses (e.g. big bang and evolution), up-to modern day vague unclear bandwagon terms such as enlightenment, maturity, wealth, human beingness, ...etc. . 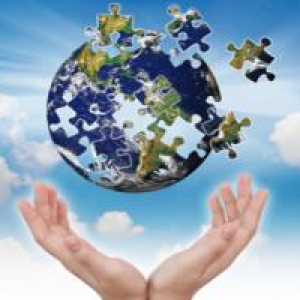 Enlightenment implies insight and understanding of (a) ourselves and our unique beingness and (b), the world we function, live and operate in!

Enlightenment - sourcing from different ways of knowing - is the ultimate outcome or true result of learning, which implies the spreading and sharing of knowledge… founded on higher levels of awareness, a better understanding, grasping the unity principle, a synchronized “dream-reality”-umwelt and having an insight about both our external and internal world.

Unfortunately, enlightenment is frequently interpreted by many people as something mysterious, mystical, exceptional and “having knowledge” that isn't available to an ordinary mortal being like ourselves. Nothing is further from the truth. Enlightenment - as seen within the AltanaESP context - is merely our common sense, intuition or gut-feel, which generously draw from…

Thus, enlightenment implies seeking the truth in the best way humanly possible and is a reconciliation between religion, science and philosophical observations or explorations. Therefore, being enlightened implies INSIGHT and shouldn't be regarded as some down-watered version of Christianity, Judaism, Islam, Hinduism or Buddhism. Being enlightened isn't another version of religion, excess to “privileged information” nor a cold, objective science. Enlightenment actually means seeking the truth… NOT “finding” it and then preach it as gospel to a “apathetic, sinful and/or stupid” world.

Being enlightened isn't having all the answers, but the guts, confidence and courage to challenge traditional teachings. Regardless, whether it is science, religion or education. Being enlightened is the ability to establish a personal “explorative attitude”, characterized by a coherent way of questioning and understanding the world in which we live, function and operate. Enlightened is a spirited open-minded inquiry to raise our personal levels of awareness and understanding.

Enlightenment suppose an understanding of and insight regarding the fact that all manifestations (i.e. life forms and earth itself) are subjected alike to the same universal natural laws. However, our uniquely created beingness, allows - even compels - us to understand and use spiritual laws to “master” natural laws and transform it into useful physical laws mutually beneficial to allplugin-autotooltip__small plugin-autotooltip_bigThus, it applies to everything and everyone within the environment within which we are located and where the physical law take place. In other words, other people, the community, animals, plants, insects, ...etc. Hence, the whole of creation as such..

The essence and true value of enlightenment is in the journey to discover the truth, NOT the destiny of that journey. Seeking insight and understanding… NOT answers! Enlightened is all about coming to a better understanding and broader perspective of the reality and the many challenges that confronts each of us every single day. Thus, enlightenment acquisition is a proactive preparation step that will enable and allow us to confidently faceplugin-autotooltip__small plugin-autotooltip_bigFacing challenges and obstacles both in a personal capacity and on a professional level.. an uncertain and confused future.

The term enlightenment describe the ability to integrate religion, science and spirituality - as different views or dimension on life and existence - into a complementary investigative approach with the aim of seeking for a better understanding of the contextual truthplugin-autotooltip__small plugin-autotooltip_bigIn fact, there is not really anything like a pure overarching truth that is valid for everyone under all circumstances. There is, however, an element of "generally applicable" truths, which - depending on the circumstances - to a greater or lesser extent is relevant to the reality in which we currently find ourselves. . Mastering this isn't an easy or simple undertaking, and require a dedicated devotion with plenty of big squeeze moments - along the way - as we travel down this path.

Have the courage to use your own understanding!
This is the motto of enlightenment.

Psyche Toolbox
Except where otherwise noted, content on this wiki is licensed under the following license: CC Attribution-Share Alike 4.0 International