A “window of opportunity” is the period of time or time frame during which an opportunity must be acted on or missed.

This term is used in a wide range of fields, from astronomy to economics. In astronomy, for example, scientists may have only a brief “window of opportunity” to observe a remarkable event, due to the alignment of various celestial bodies and the difficulty involved in coordinating the use of scientific equipment. In medicine, a doctor may refer to a “window of opportunity” for treatment, meaning a brief period of time during which treatment would be highly effective. In business, “windows of opportunity” can open up when products experience a brief downturn, allowing competitors to move in or when companies spot a potential for market advantage. 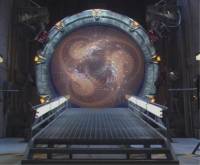 An individual or organization may not always notice a “window of opportunity”; in some cases, people talk wistfully about missed opportunities, referring to windows which opened briefly and without fanfare. These instances can be extremely frustrating, as individuals were not even offered the option of choosing to let the opportunity pass. Many large companies maintain analysts on their staffs to prevent missed opportunities; these people monitorplugin-autotooltip__small plugin-autotooltip_bigMonitor

To monitor or monitoring imply observing and checking the progress standard and quality of ...something over a period of time and keeping it under systematic review through observations, checking and keeping a continuous record by deploying the monitoring cycle. monitor their industry's macro environment with a sharp eye for potential opportunities.

As a consumer, we may also hear the term “window of opportunity” bandied about rather a lot, especially by people who are trying to sell you something. Some salespeople use a force full selling approach in which they suggest that consumers will only be able to get a deal on a certain day or at a certain moment. In these cases, it is usually a good idea to carefully consider the terms of the sale and the product in question, before reaching a final decision, as the salesperson may be trying to “forcefully push” you into a choice which you will - most likely - regret later.

When a “window of opportunity” opens, take the time to carefully consider it. Whether someone is offering to pay for college or blueberries on sale, there are potential ramifications to think about and consider. For instance, someone may only be offering to pay for a specific educational goal, like a degree in a subject you are not very interested in, making it an opportunity with strings attached and which might come back to haunt you. In the second instance, the blueberries may be on sale because they are about to rot, so take the time to examine them carefully before taking the plunge.

A 10-year-old visited a farm one day and wanted to buy a large watermelon.
“That is R3”, said the farmer.
“I've only 30c”, said the little boy.
The farmer pointed to a very small watermelon in the field and said, “How about that one?”
“Okay, I'll take it”, he said. “But leave it on the vine. I'll be back for it in a month”.