The majority of people presently have a very narrow-minded, simplistic and linear view of success…

This collective perception of success mainly is the result of the current materialistic-consumer cult that is predominantly endorsed by the civilized and capitalistic inspired western world, which encourages and promote the avoidance of failure as the “perfect” way to achieve success.

This is a very sad and unfortunate state of affairs, because the above generally accepted view of success, ultimately damage and damned individuals to follow a Wild Horse-career path and life, well camouflaged as an illusion of success and delusion of prosperity. Thus, to break this self-destructive and emotional suffocating view of success, and to follow an Oryx-career path and life - driven by self-determination, self-development and growth - implies that our understanding of success should be extended, adapted and tweaked to incorporate the bigger success-dynamics picture.

It is important to realize that success and failure, are two equal sides of the same performance coin and the one just isn't possible without the other. As a matter of fact, success isn't at all possible without a balanced synchronicity with its counterpart, failure. Nor is failure possible, without success synchronicity. This success & failure synchronicity is the launching platform from which we can successfully learn, develop, grow, expand our horizons and excel in our personal and/or professional life. Therefore…

…which - for example - can be illustrated as follows…

The above performance-preparation cycle works well and has been applied successfully for decades. Regrettably though, as a result of a narrow collective view and perspective of success, we mainly try to avoid failure in order to ensure our success, and because of that we negate our dreams, scale down our expectations and lower our performance standards and - gradually - success becomes much scarier than failure. When that happens we have successfully established a Wild Horse-way of life and fail miserably at following an Oryx-way of life.

WHY …? …because, we are and even conditioning ourselves to avoid failure at all costs and never learn - let alone practicing - how to pursue success.

Before anything else, preparation is KEY to success! In essence success is the productive achieving of goals, dealing with obstacles, solving problems and addressing issues efficiently. For a wider perspective on success, please watch the success playlist hosted on YouTube.

What - generally - is regarded as failures, actually are lessons to be learned! In essence failure is the unproductive achieving of goals, dealing with obstacles, solving problems and addressing issues inefficiently. For a broader perspective on failure, please watch the failure playlist hosted on YouTube. 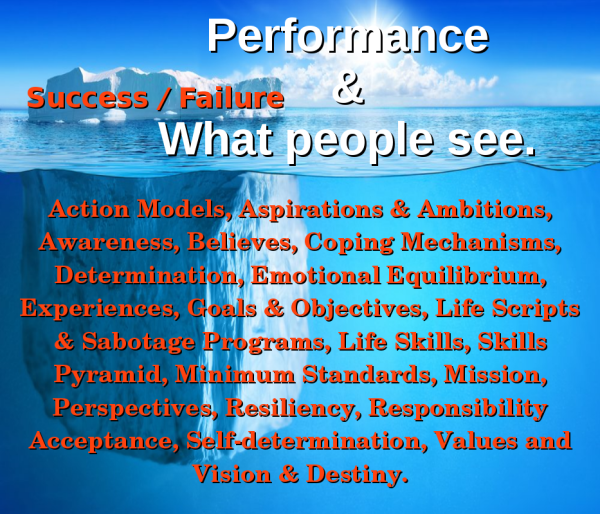 As already indicated, failure is merely a reality-notification to learn more, gain additional experiences and broaden one's horizons in preparation for eventual success. Thus, well prepared actions result in success and failure is merely an indication of inadequate preparation for the particular context. Underlying and supportive to an effective or productive success-failure iceberg is our attitude, management and application of our personal aspiration-performance cycle.

The manifestation of the success1)/ failureplugin-autotooltip__small plugin-autotooltip_bigI.e. the following of a timeline based on collectively expected objectives and/or dictated or prescribe by others. iceberg within our lives is best placed into context and illustrated in a video presented and produced by Jay Shetty…


and the following video compilation… 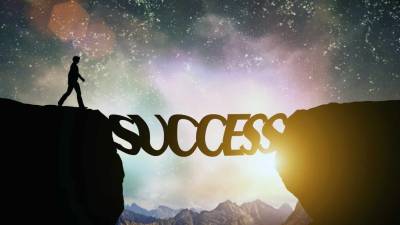 Being successful in our personal and professional life's isn't something magical, nor is it reserved for only a selected few. Anyone can achieve success in life, providing that we prepare ourselves to dedicatedly pursue and implement the following eight keys to success…

When any kindplugin-autotooltip__small plugin-autotooltip_bigAny form and permutation of goal setting, regardless whether personal, professional, business, parental, educational, self-actualization, training, team goals, ..etc. are assumed and implied here. of goal setting is sourcing from and directed by well defined Objectives and Key Results, success (i.e. productively set objectives to achieve goals) are a certainty and magic - so to speak - is just around the corner. The following TED-talk delivered by John Doerr, is striking in the manner in which he integrates and merges all the success principles (as already indicated) so that success is practically possible, regardless of what is intended or to be achieved. Please note - although not reference as such - the importance, value and purpose of a sourcing vision, mission, value and legacy statements for ultimate success.

Success versus Winning
1)
Success implies that optimal self-actualization is made possible by following our own, specific timeline!